Didactic illustrations designed to help medical students apprehend the complex anatomy described by Joseph Towne’s wax model. The annotated pages presenting the bones, muscles, nerves and organs were created for an interactive pdf that the students could refer to while observing the model in the museum.
The illustrations were drawn with pencil and coloured digitally. They were created with the scientific knowledge and advice of professors from King’s College, and William Edwards, the Gordon Museum’s curator.

Created for
Gordon Museum of Pathology in King’s College, London 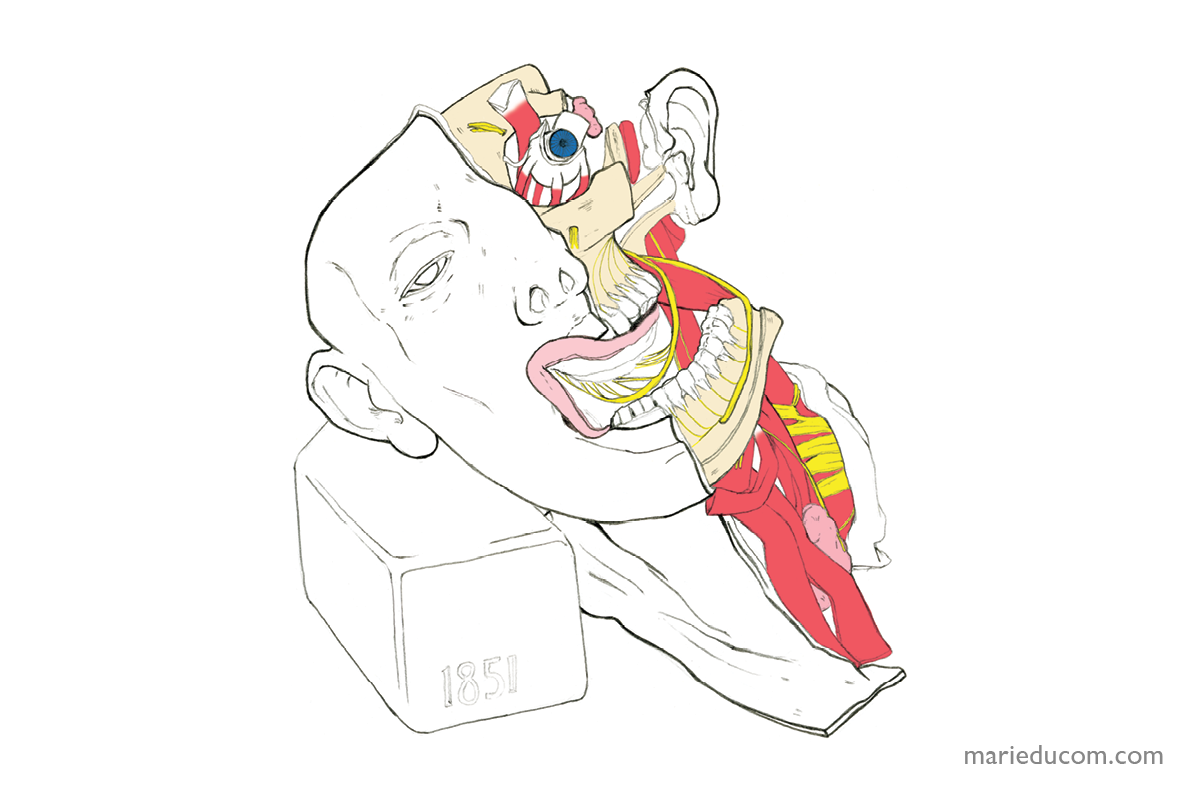 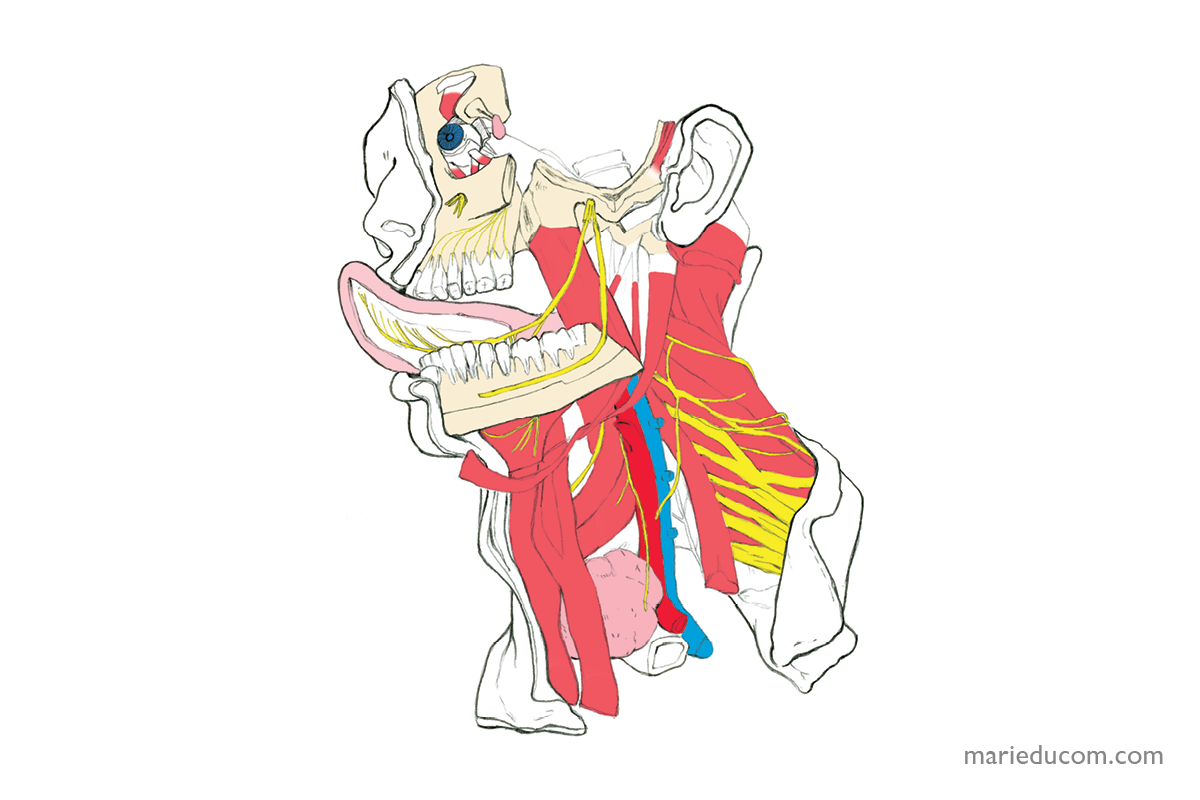 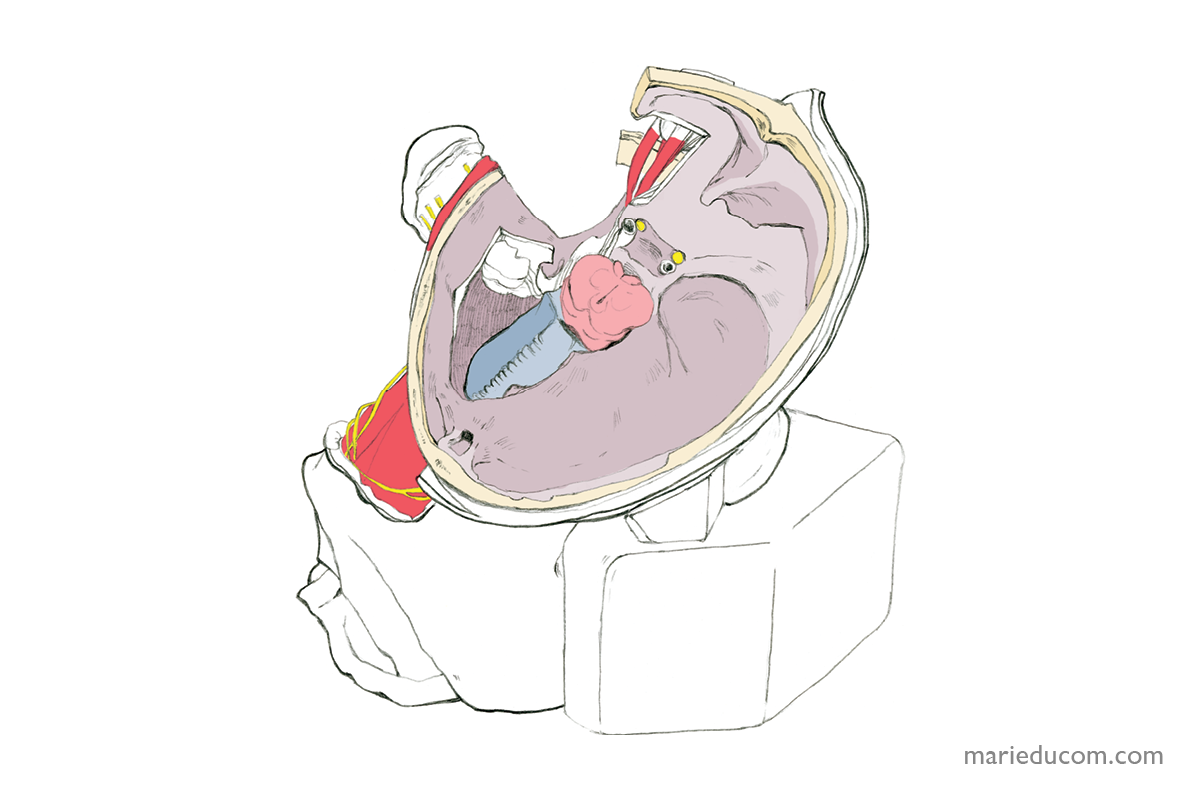 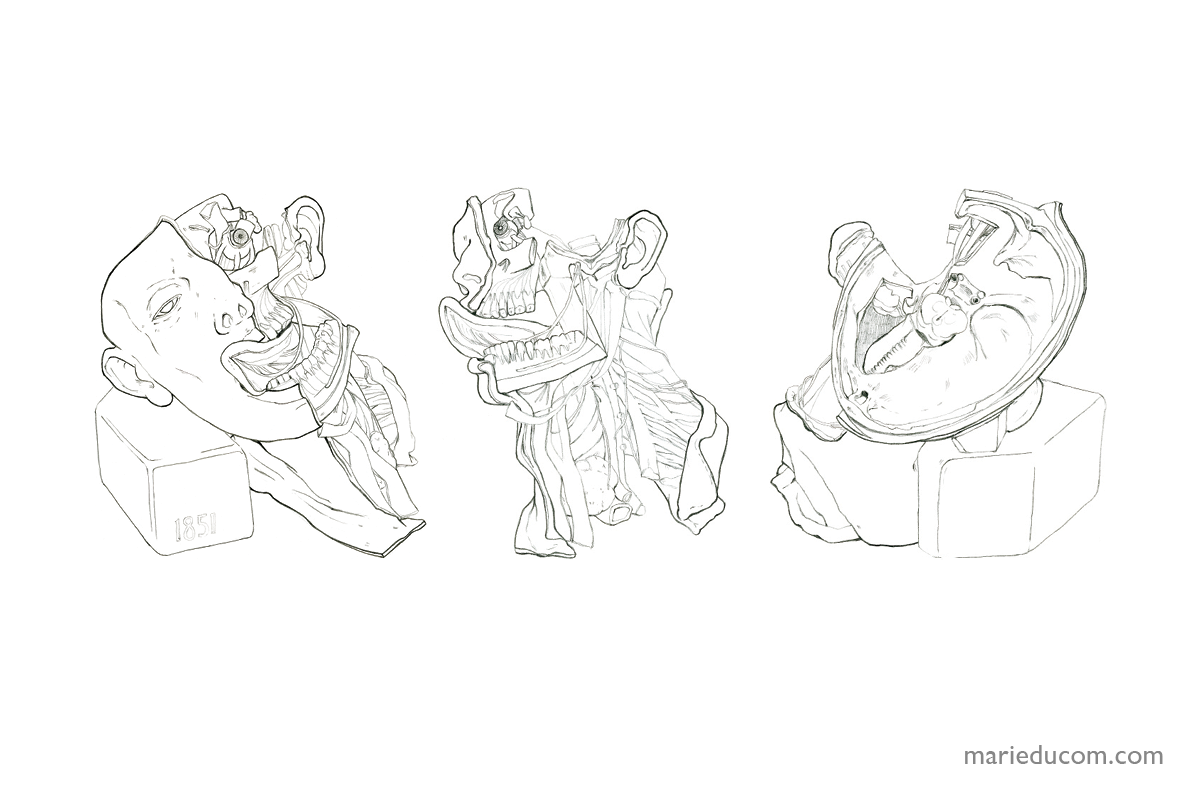 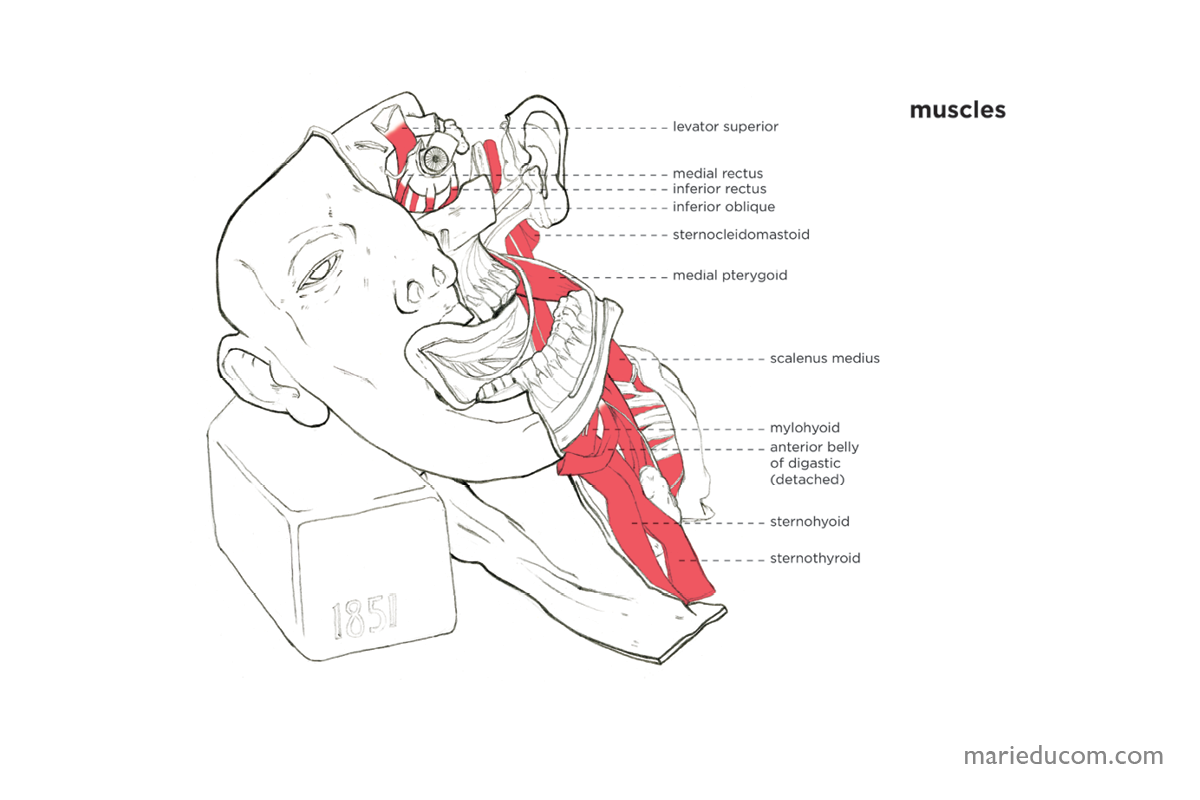 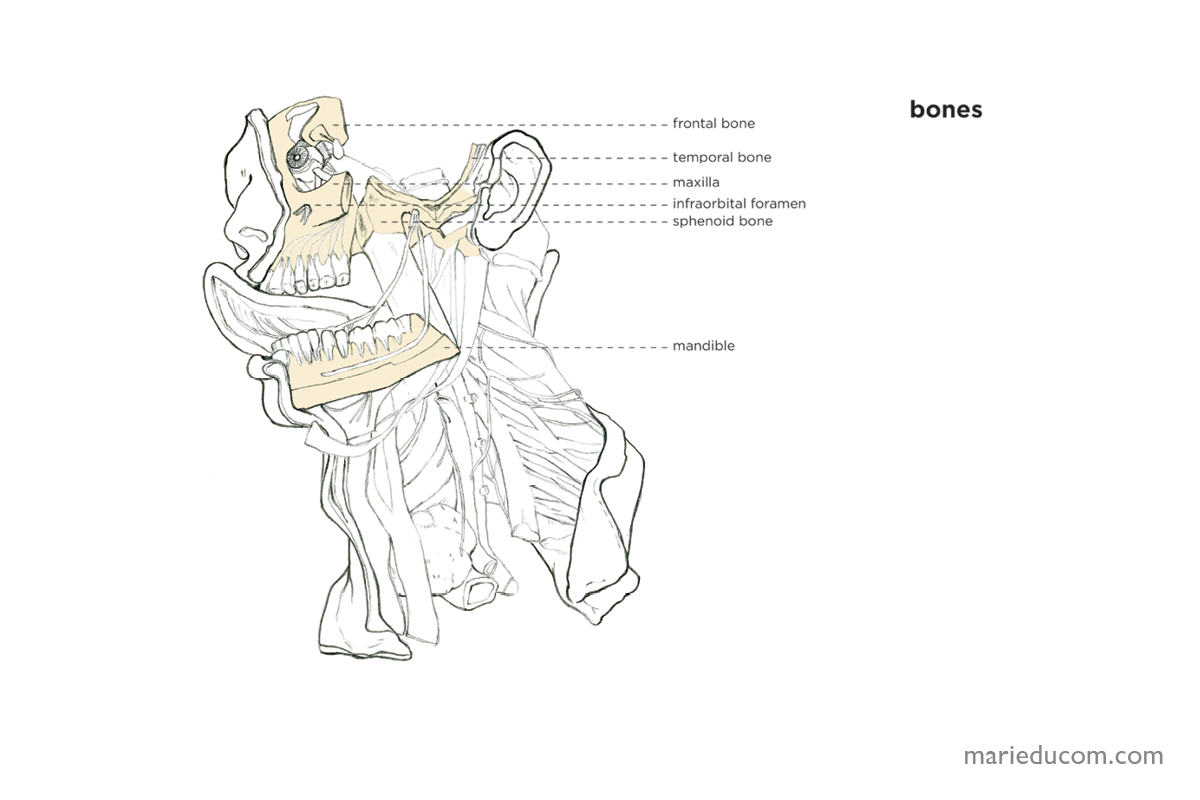 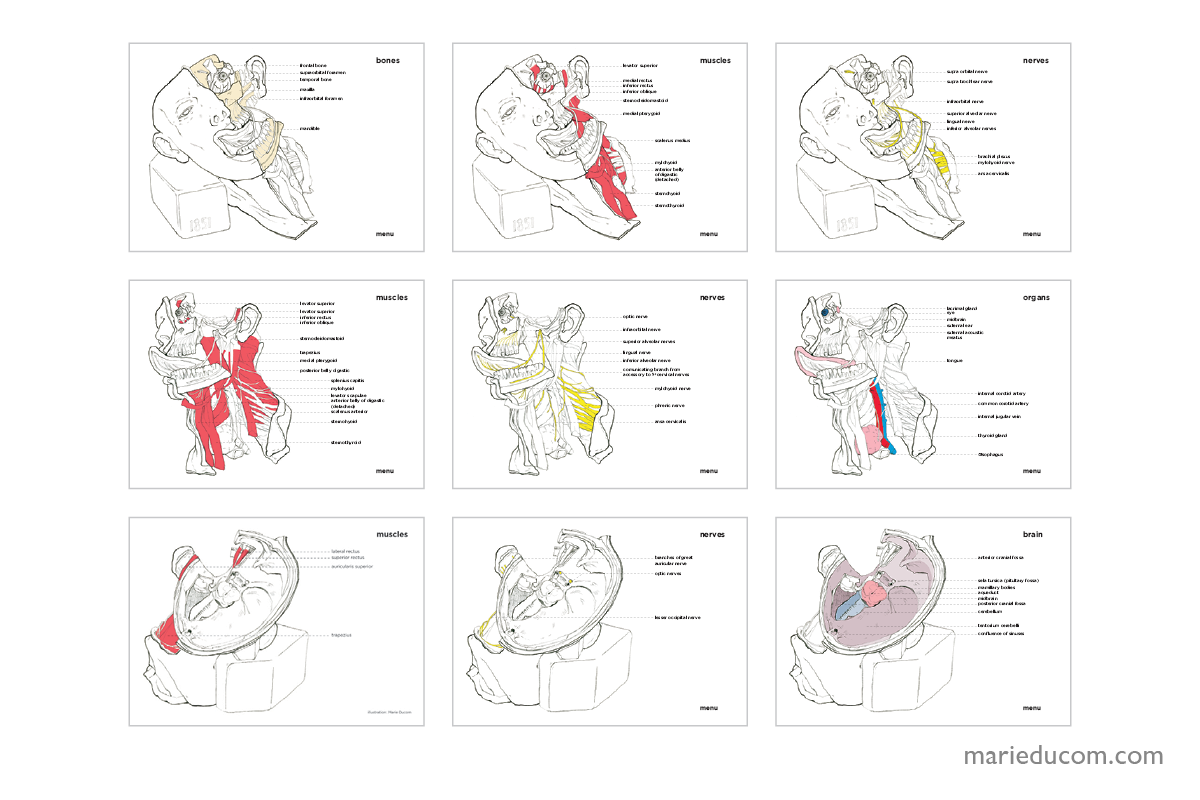