How does an “artificial pancreas” work?

These three diagrams present how an “artificial pancreas” functions, by detailing its devices and how they help monitor a patient’s glucose levels.
The first diagram presents the “open loop” system, composed of an interstitial glucose sensor that communicates with an insulin pump controlled by the patient.
The second diagram illustrates the “closed loop” system, where an algorithm in the external controller activates the insulin pump automatically, while still relying on some input from the patient. The system’s three devices are drawn to scale in the third diagram.
These illustrations were drawn with ink and coloured digitally with Photoshop. 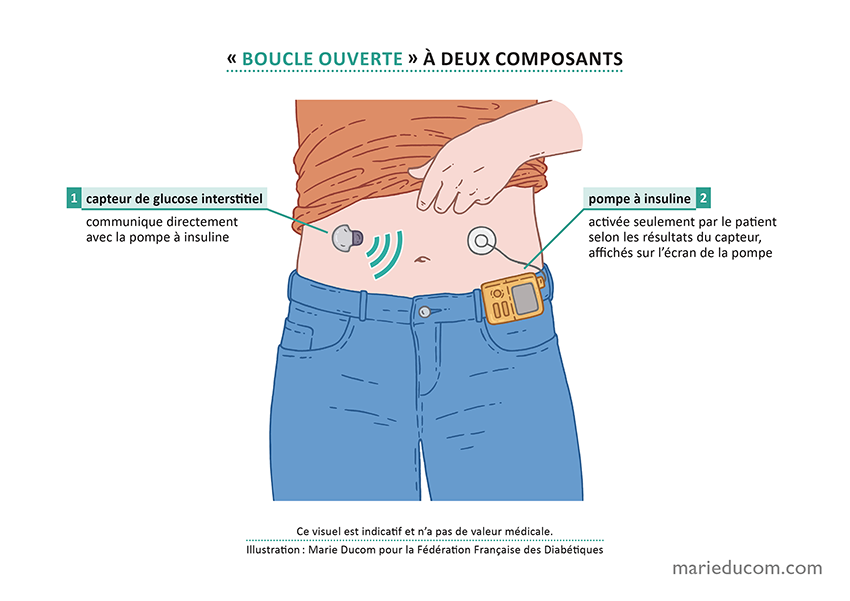 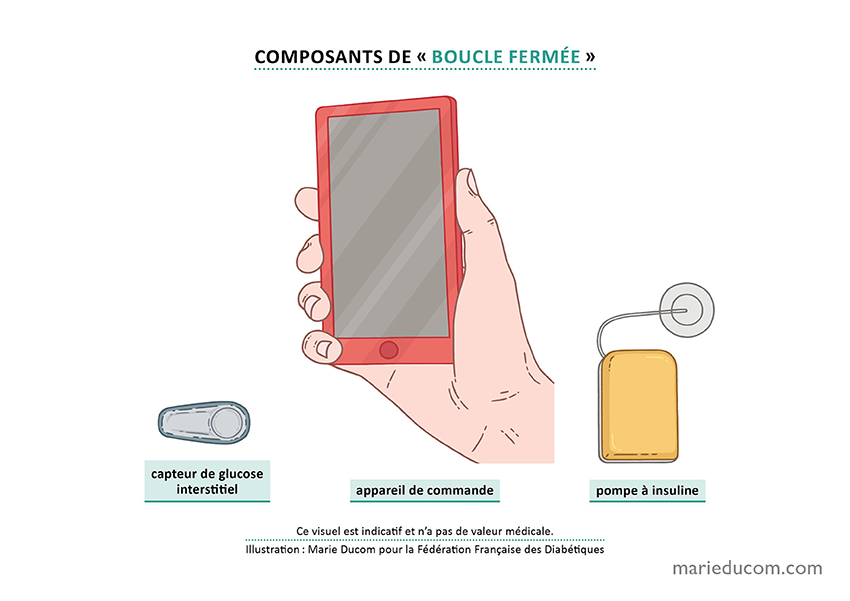