This exhibition (March 2018 to March 2019) is composed of a series of 29 didactic panels, set up on the fence of the Jardin des Plantes, within the National Museum of Natural History in Paris.
Each panel presents a scientific image from research done at the Museum, in the fields of comparative anatomy, marine biology, mineralogy, anthropology, botany, cell biology, entomology and palaeontology.
An illustrated explanation presents the scientific research associated with each image, answering questions such as “What is floral dimorphism?”, “What are the differences between an elephant and a rhinoceros skull?”, “How is the volume of a skull measured?” and many more.
The illustrations were drawn with pencil, and coloured with Photoshop. The white linework on a black background was chosen to allude to chalk on a blackboard, and refer to research and education. 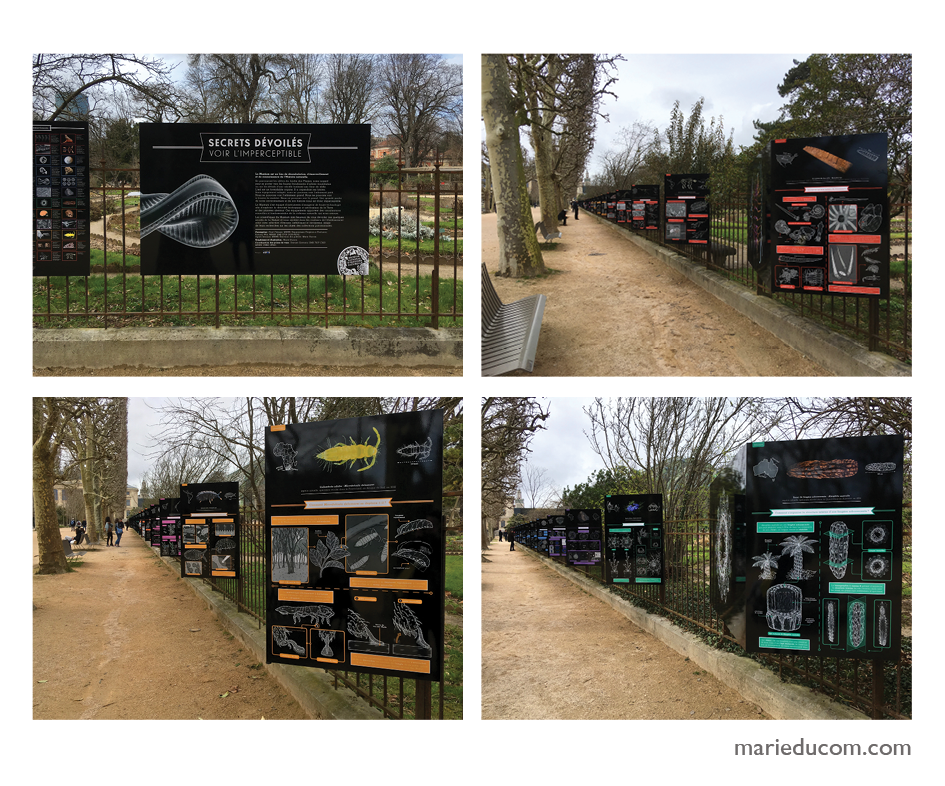 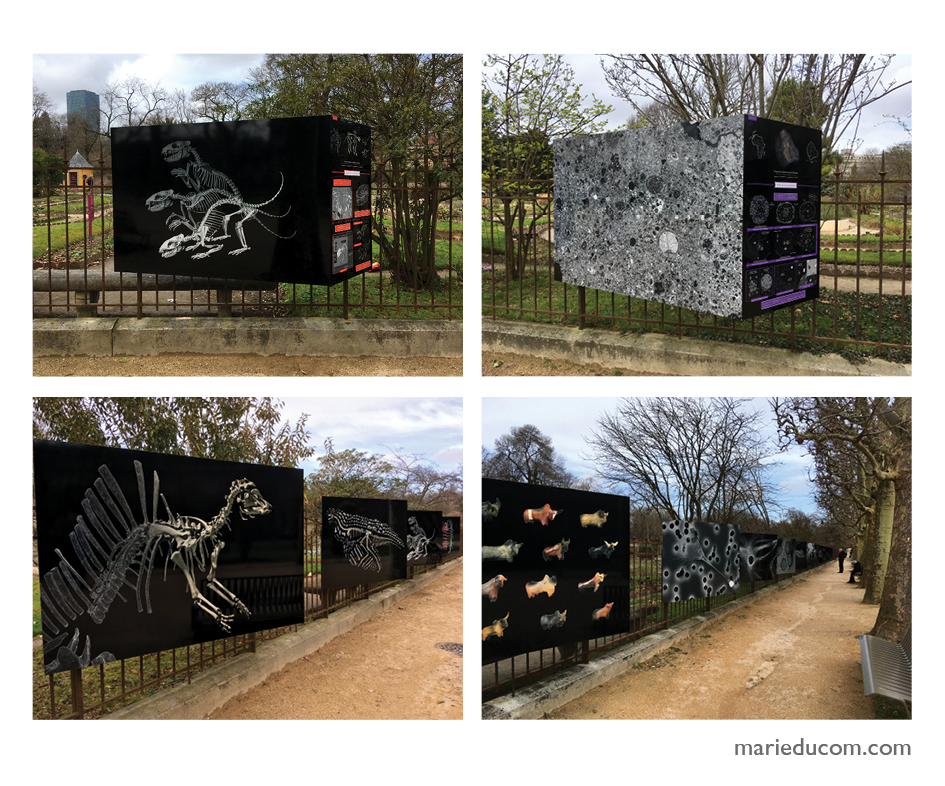 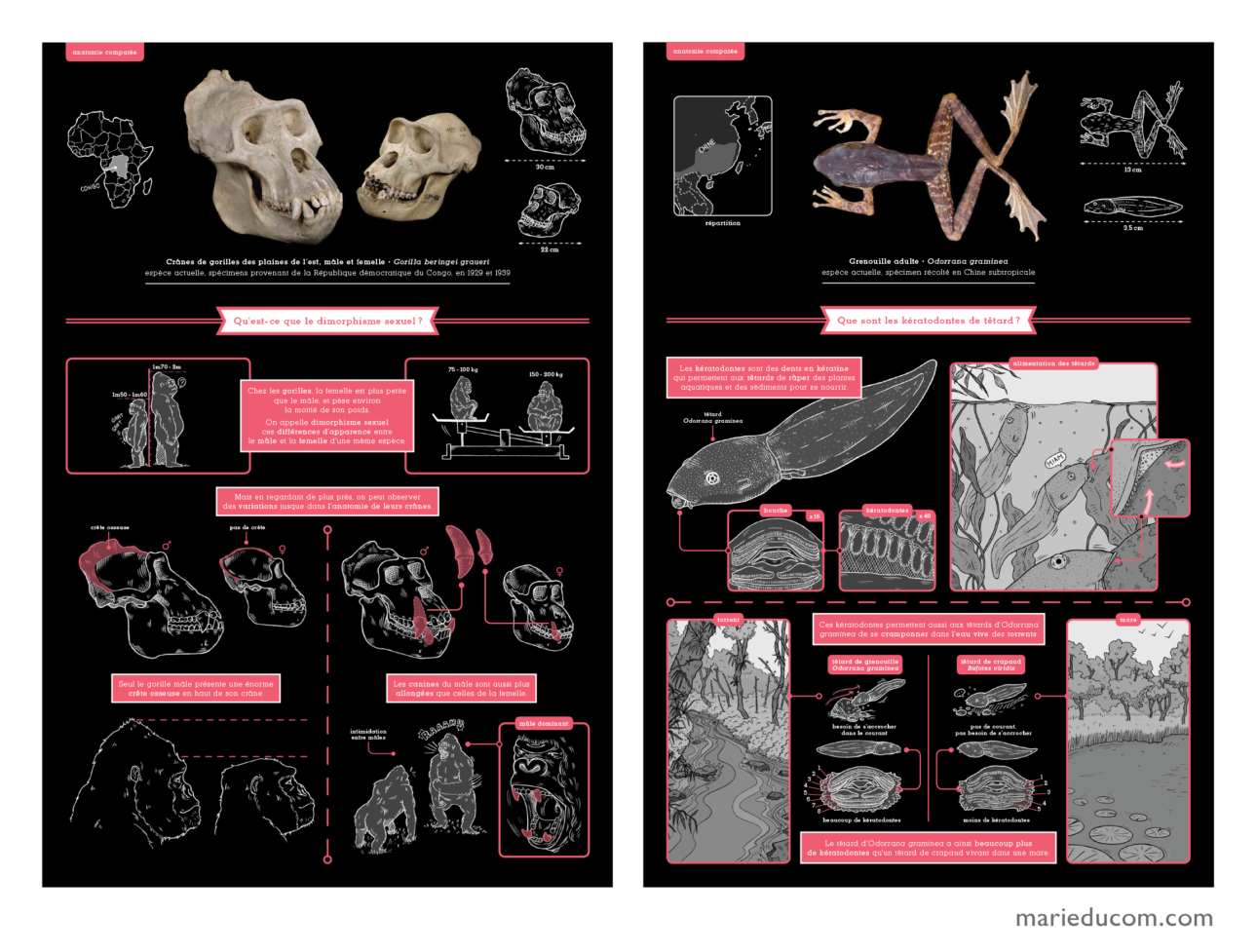 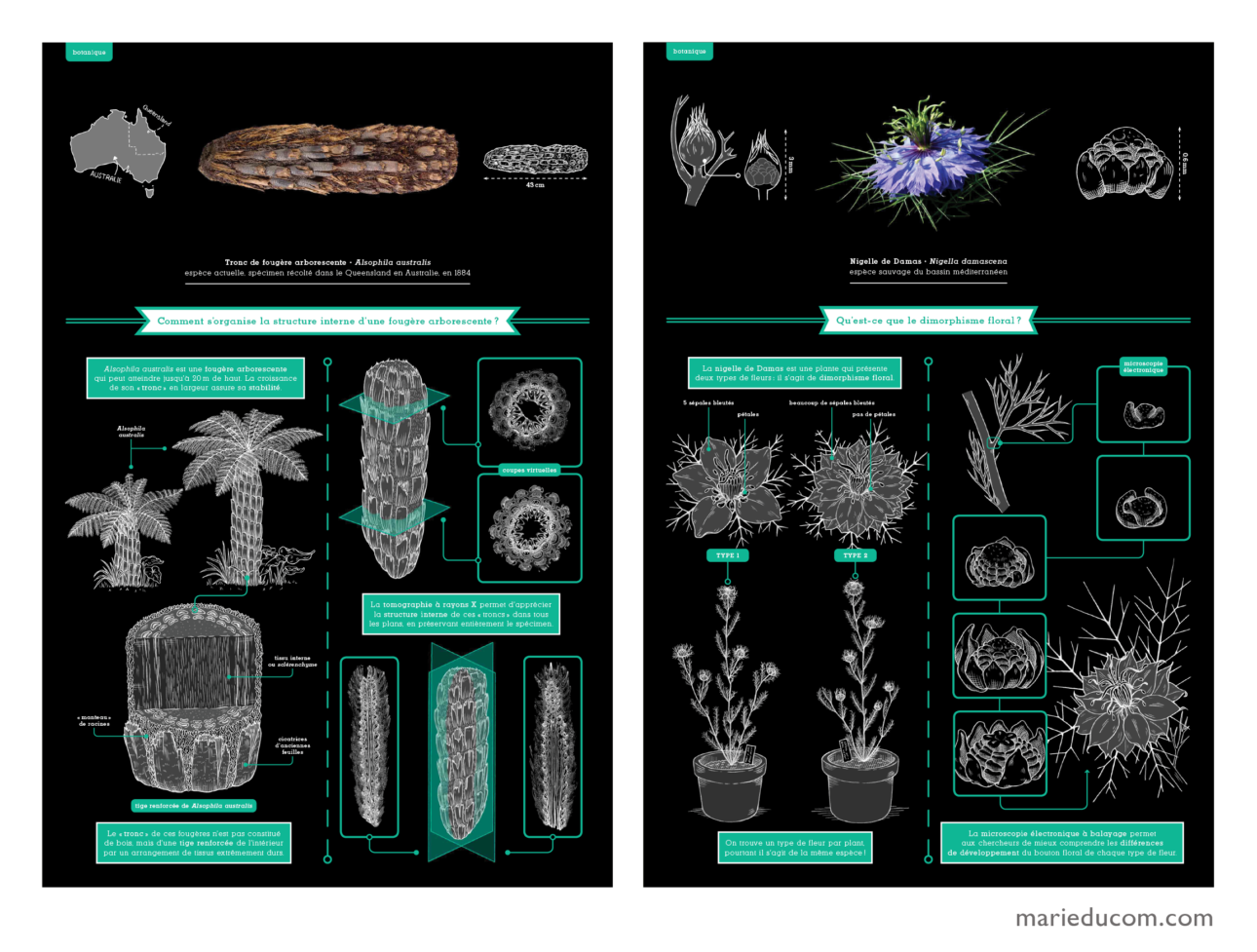 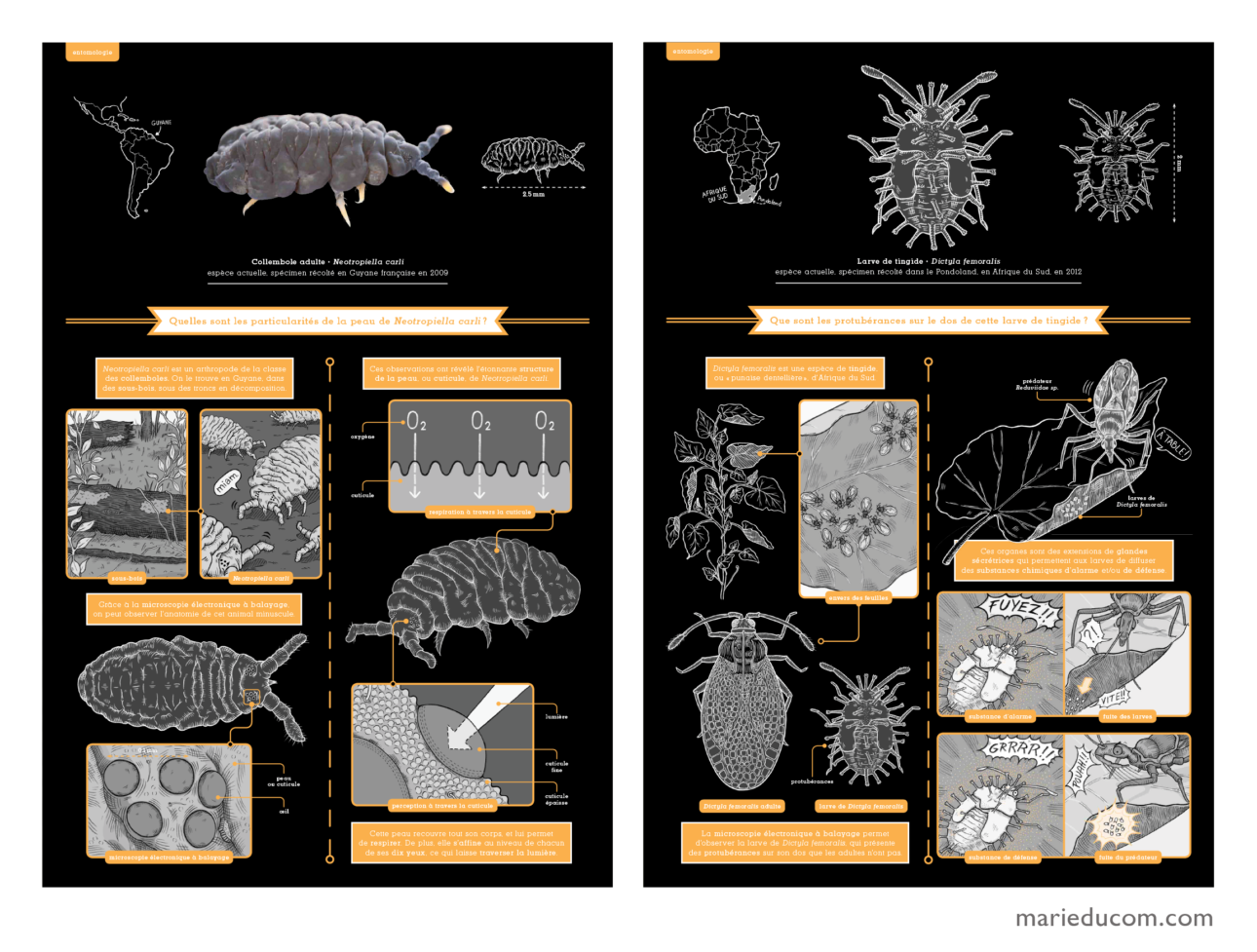 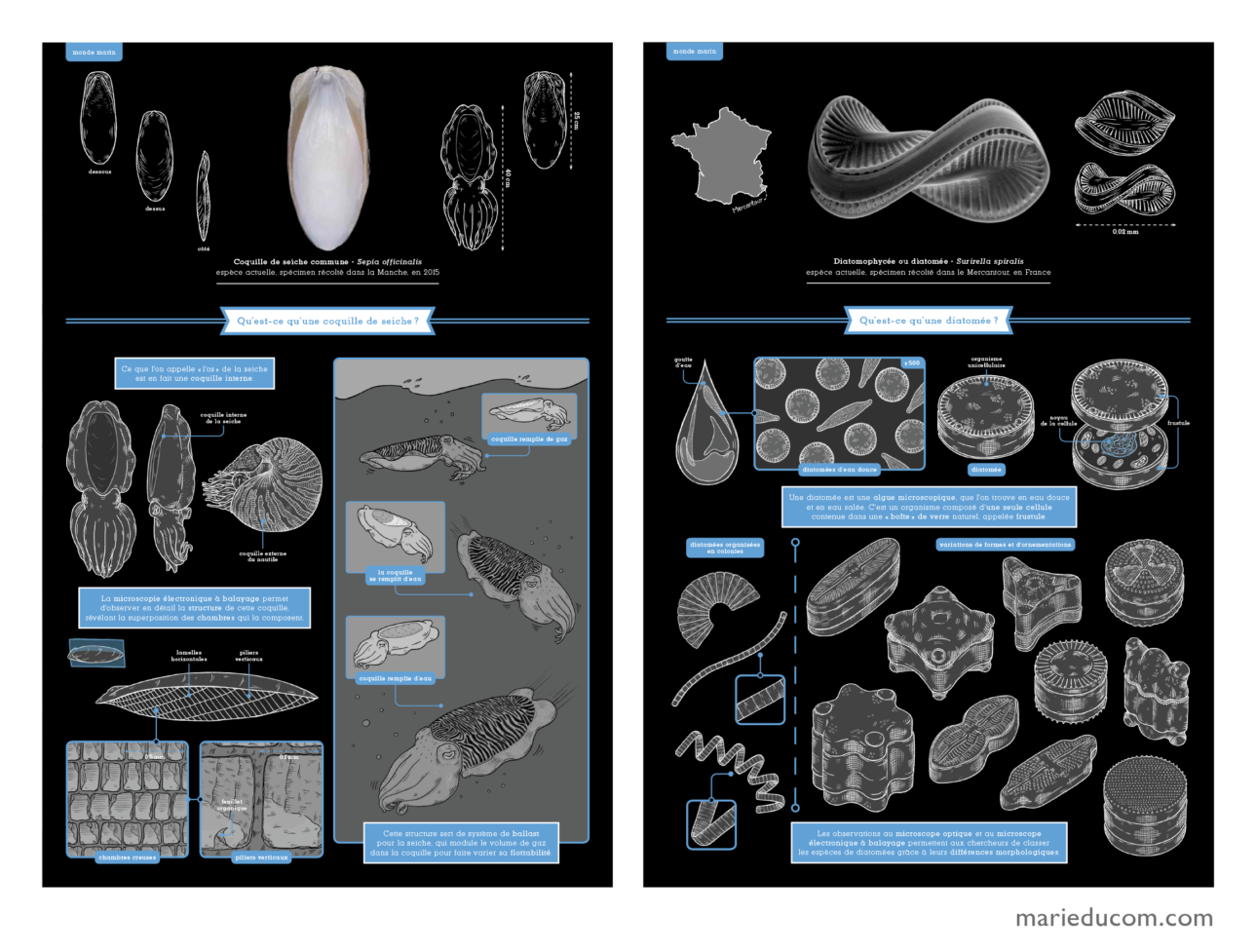 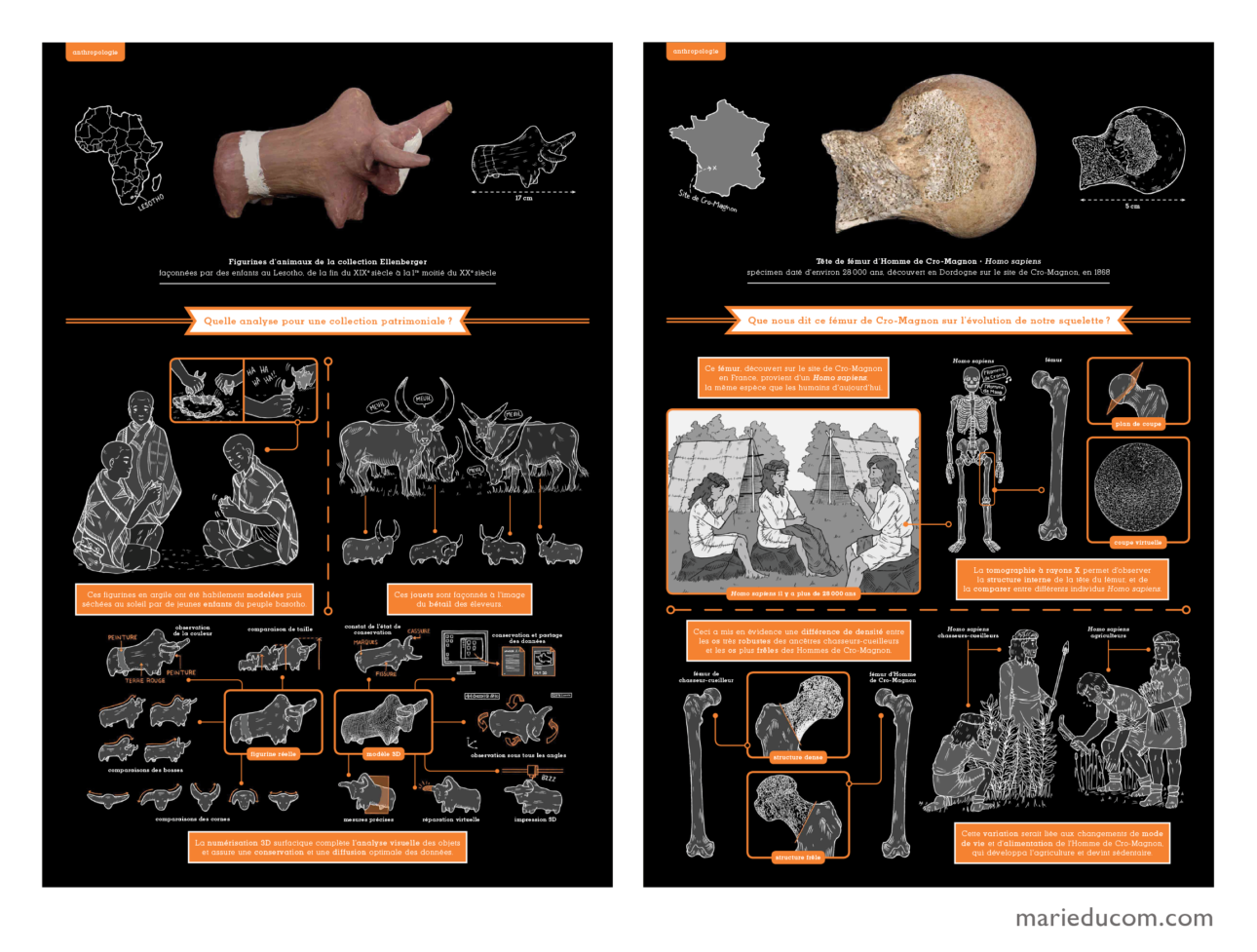 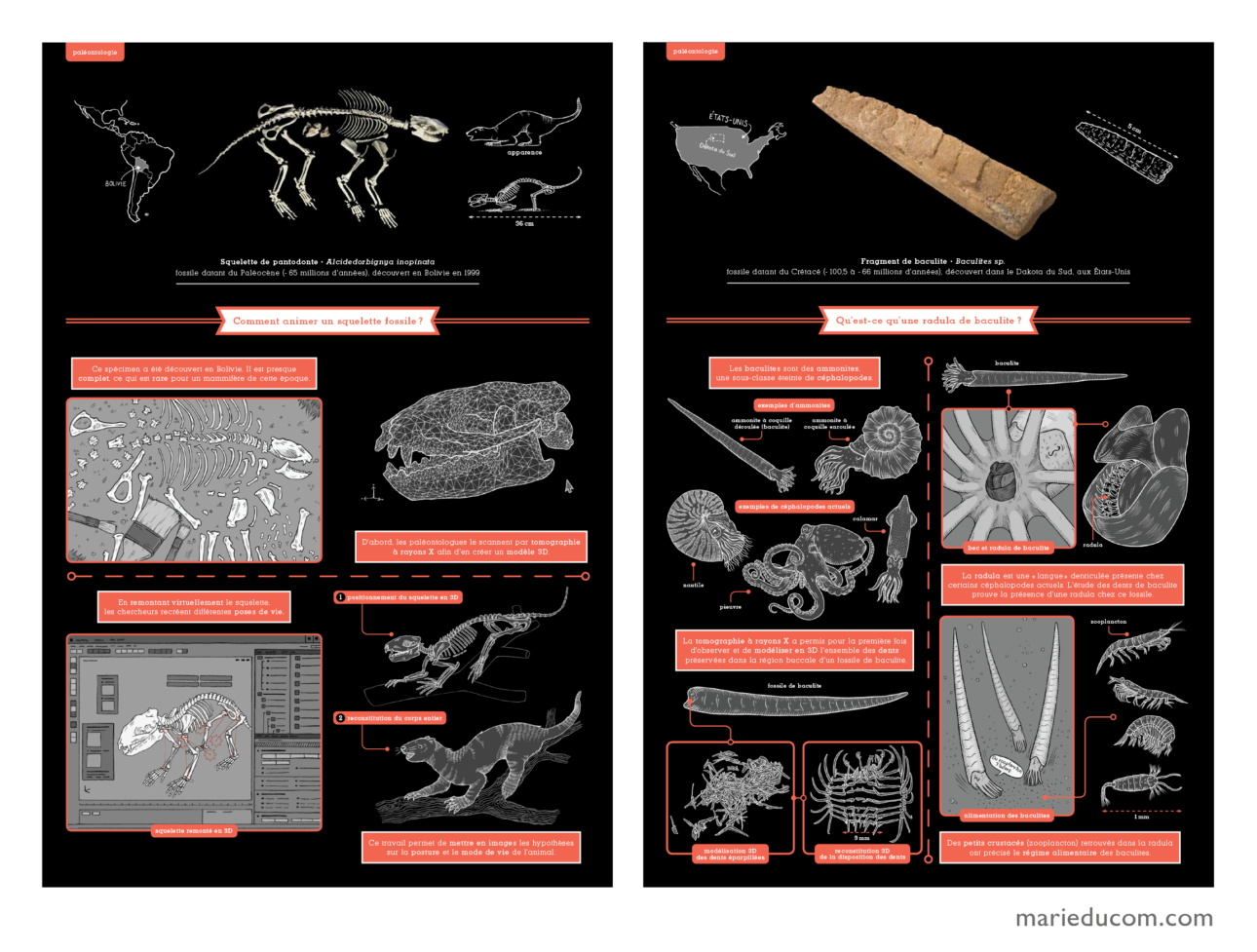 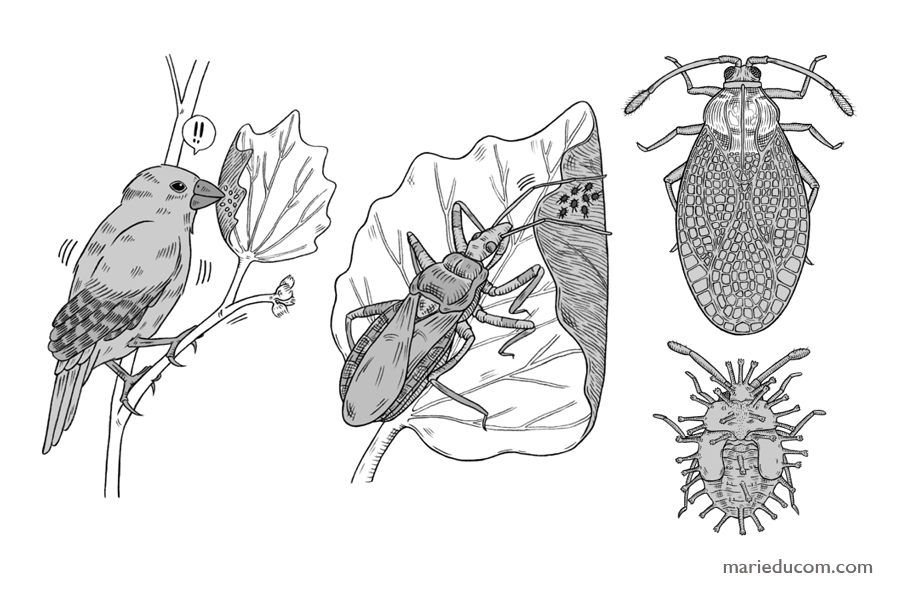 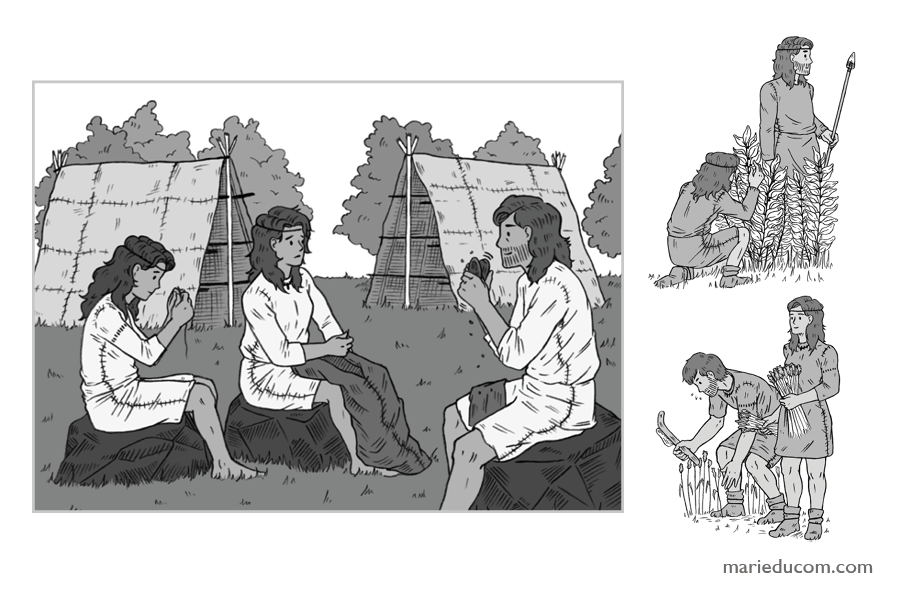 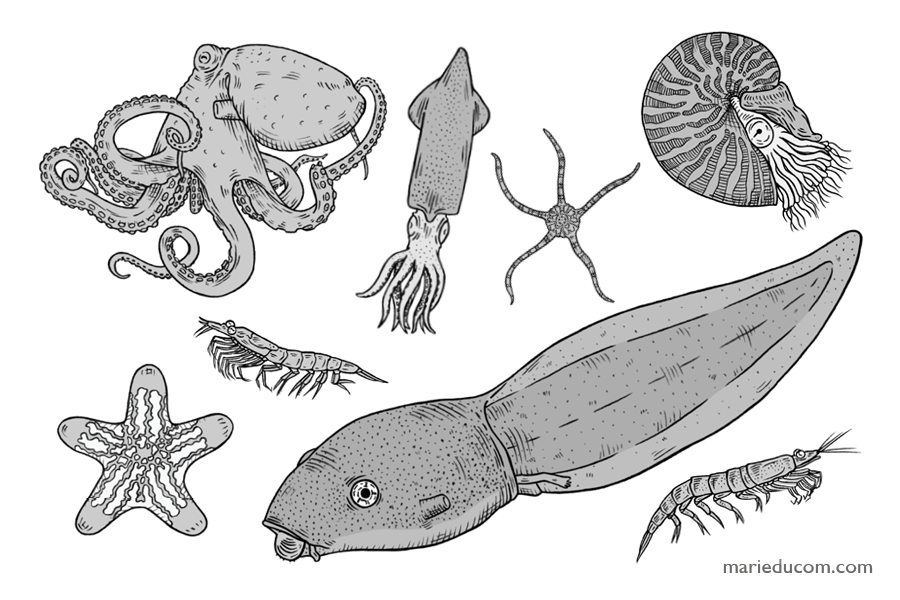